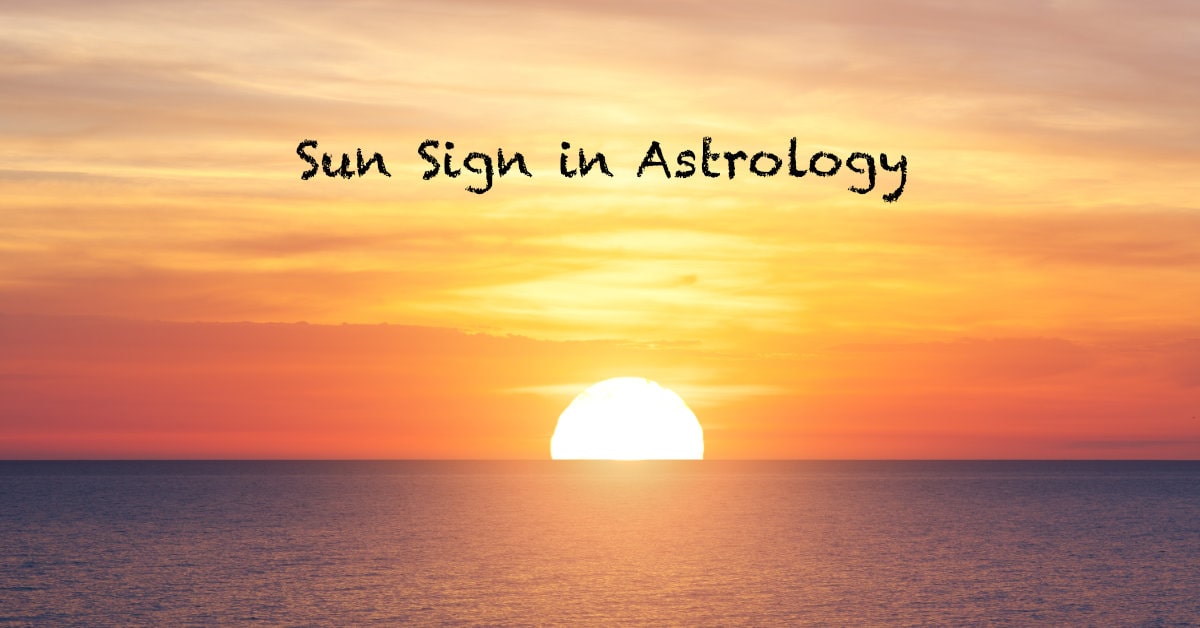 The meaning of the Sun in astrology is a fundamental topic as it’s one of the most important symbols. This fiery ball of light in the centre of our solar system has strong symbolic importance.

When people ask, what is my Sun sign? They are asking what zodiacal sign is the sun placed at the time of their birth. Another term also used commonly is what is my “star sign”. This is the same thing as the sun sign.

Dates of the Year to Know Your Sun Sign

For those of you who just want to know what your Sun sign quickly and be out of here, I’ll list for you below. All you need to know is your birth date.

For others that want to know a little more about the meaning of the Sun in astrology, stick around. I have selected a few video presentations to hopefully give you a better idea of sun symbolism.

This astrological video from Cups and Crowns gives you a good introduction to what a Sun sign technically means.

They start by defining a zodiac sign as a 30-degree division of the ecliptic. The ecliptic is an imaginary band around the earth. A representation of the earth’s yearly orbit around the Sun.

Some twelves signs make up the zodiac as listed in the table above. They are 30 degrees each. Twelve times 30 degrees therefore totalling 360 degrees.

The Sun is the most popular and easy to determine placement in your birth chart. However, to get a better picture of the whole chart you also need to calculate the position of the Moon and the rest of the planets.

Ego, Identity and Consciousness – A Deeper Look at the Sun’s Symbolic Meaning

In this video produced by Canary Quill Astrology, we start to have more of a look at the Sun’s symbolic psychological meaning.

The Sun is described as representing the ego, your identity and the core of who you are. Further keywords are given: pride, creativity, energy, vitality and willpower.

The health of the Sun can vary depending on zodiac sign placement. The needs of that sign need to be feed in order for the Sun’s energy to be energized.

NOTE: the video below is a little choppy but the information is good. So if you can overlook that aspect.

Around 3 minutes 20 seconds into the video, a description commences explaining the Sun placed in the various signs. The angle of interpretation is on how comfortable the Sun “feels” in that sign. This is a great way of understanding the Sun’s chart placement. If you are new to astrology this will start to make more sense once you start to have a look at the Moon and other planetary placements in the chart.

This next video is by Mastering the Zodiac with Athen Chimenti. The perspective here should help to give you an even broader understanding of the Sun’s symbolism.

First off, an important point is made. The Sun and the Moon when observed from the Earth are roughly the same size in the sky. Symbolically, this gives their meaning just as much importance as one another.

NOTE: The meat of the content starts about 40 seconds into the video.

Hopefully, this crosssection of videos and my supporting explanations should give you a better understanding of the “what is my sun sign” question, but also what that means on a slightly deeper symbolic level.

Hi there! My name is Dean. I've put together this website AstrologyVids to highlight some of the amazing astrologers out there producing videos on YouTube.

I've had a deep interest in astrology for over 30 years and have found it to be a positive influence in my life. Hopefully you will find my video curation and commentry of some interest. Who knows, possibly guide you to an astrologer that you may have not known about before.